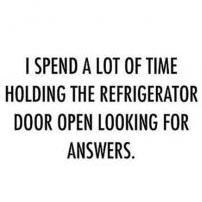 Introducing ourselves to the neighborhood