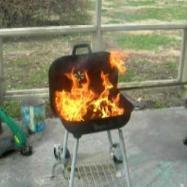 Kicked out of Karstadt because of Manga naked-lady t-shirt

Started by stevekerr, Saturday at 8:57 AM

88 posts in this topic