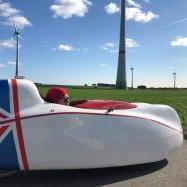 Brexit - letter from my employer to take to the Ausländerbehörde

18 posts in this topic