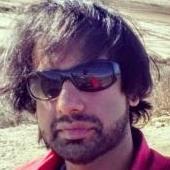 Quitting Job on the first day? What would be my last day?

19 posts in this topic