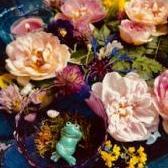 Inspecting for mold/mould prior to renting

13 posts in this topic