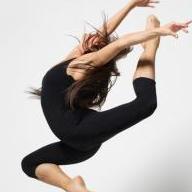 Where in Spain do they have classy beach towns devoid of loud drunk aggressive English, Germans, Russians on holiday?